Where in the World is Roving Blue?

Roving Blue was demonstrated to members of the Thai Military yesterday at Fort Adisorn, a Thai military base in Saraburi, Thailand. They were not familiar with Ozone at all, but very much liked the taste aspect of the water. The MVP unit passed military bacterial water testing with flying colors.

Roving Blue, Inc. is currently participating in the Crimson Viper Field Experiments in Thailand.  The Crimson Viper Field Experiment (CV) is conducted annually in Thailand by the Royal Thai Ministry of Defence (MOD) Defence Science and Technology Department (DSTD) and US Pacific Command Science and Technology Office (USPACOM J85). Crimson Viper is a technology experimentation venue that promotes S&T collaboration and is a means of obtaining operational feedback for technology development.

CV16 will consist of field experiments and a visitor/DV day at the Royal Thai Army, Cavalry Center, Fort Adisorn.

Crimson Viper is executed under the ambit of the Thai-American Consultations (TAC) Joint Statement. Crimson Viper was discussed during TAC XVI on 9-11 April 2014 under Working Group IV for “Relationship Building, Coordination and Collaboration at All Levels” under subgroup IV.2 for Science and Technology.

Crimson Viper objectives are to experiment with candidate technologies in a field environment to:

•      Confirm technology maturity prior to introducing to warfighters 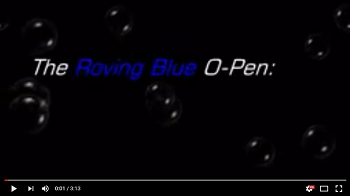 Listen in as Roving Blue CEO, Yana DeMyer, discusses how Roving Blue can be a solution to removing lead from the water in Flint, MI.  She appeared this morning on The Michael J. Thorp show on Supertalk 1570 AM in Flint, MI.

Yana also discussed future products in the works at Roving Blue, so you don’t want to miss this!  Tune it at the link below to hear the interview:

Roving Blue, Inc., one of only two companies recognized out of a 34 state area, was honored by The Defense Alliance with its annual “Architect of Defense” award.

The Defense Alliance is an organization whose mission is to network and expand the defense industry job and technology base of the Upper Midwest, and promote the region’s innovative contributions to the nation’s defense.

According to Executive Director, Chip Laingen, The Company was chosen because it “Demonstrated superior tenacity in listening to and responding to military customer design inputs to improve its products, and innovative commercialization efforts.”

The honored guest and presenter of the evening was Major General Neal Loidolt, U.S. Army, Commanding General of the fabled 34th Infantry Division (the “Red Bulls”), who spoke about the U.S. Military’s role in global security, and the National Guard’s role in that ongoing mission.

More than 75 people from defense-oriented organizations attended the event which was hosted by HGA, one of the nation’s leading architectural and engineering firms.

The Defense Alliance is a regional catalyst for technology-based economic development.  It recently passed the $150 million mark in contract gains for companies assisted since 2011, when the SBA recognized and funded it as an Advanced Defense Technologies Cluster (ADT).  Learn more at the Alliance’s websites (www.defensealliance.com / www.powerfordefense.com).

Participation in the Defense Alliance is sought among groups and individuals with an interest in seeing the region’s defense contributions grow, including large and small firms, academic and R&D institutions, our elected officials, and professional military and trade organizations.  Its founder is Paul Wagner, Chairman & CEO of Minnesota Wire. manufactures a highly ruggedized, portable water filtration device for military expeditionary use, and for the commercial outdoor, and disaster preparedness and response markets.

The evening was sponsored in part by:  Polaris Defense, which has a rapidly growing defense portfolio; and Veteran Beer Company, a craft brewer that only hires Veterans and provides a substantial portion of its profits to Veteran causes.

The other awardee is Navitas Systems is an innovative battery solutions provider for the U.S. Department of Defense (DoD) and Energy (DoE), and commercial users.  Their novel 6T lithium battery will be used in a variety of ground combat vehicles (including the new Humvee replacement called JLTV– recently awarded to Oshkosh Truck).

Words cannot express how very proud I am of these two innovators for taking an incredible risk in pursuing a much needed solution to the global clean water crisis with the development of Roving Blue. Their perseverance and accomplishments along the way, especially with the military, are nothing short of inspiring. It’s an honor to work with you and help bring a product to market that can change the world one gallon at a time, Yana DeMyer and Jim Gilmet.

No, we aren’t in the middle of a zombie apocalypse… (although our bet is that our water purification units could survive one!)

Our CEO (Yana DeMyer), our CFO (Jim Gilmet) and our esteemed military liason (Tucker Campion) are at SOCOM in Largo, FL this week. SOCOM is the Unified Combatant Command charged with overseeing the various Special Operations Component Commands of the Army, Air Force, Navy and Marine Corps of the United States Armed Forces.

According to SOCOM, these events that provide an opportunity for technology developers to interact with operational personnel to determine how their technology development efforts and ideas may support or enhance Special Operations Forces.

We are proud to have been selected to participate!

“SOCOM” is the Unified Combatant Command charged with overseeing the various Special Operations Component Commands of the Army, Air Force, Navy and Marine Corps of the United States Armed Forces.

According to SOCOM, these events that provide an opportunity for technology developers to interact with operational personnel to determine how their technology development efforts and ideas may support or enhance Special Operations Forces.

According to CEO Marianna “Yana” DeMyer, Roving Blue’s experiment was designed to highlight the fact that “our system doesn’t make just clean drinking water – It makes water that cleans”

The reason for this claim is that the tiny water purification system (less than 25 lbs) utilizes dissolved ozone gas – a sanitation agent more powerful than chlorine – as the final stage of the process.  For a few minutes after the water exits the system, it carries the ozone with in it; as a result anything that the water comes into contact with, also gets sanitized.

“This has been a key factor in the Military’s interest in our product”, Yana says, “There are lots of portable water purification systems out there, but none that carry our downstream sanitation capability. With our unit, soldiers can clean out their water bladders, canteens or jerry cans every time they fill them with our water”.

This could apply to surface sanitation, foods (ozone is lethal to E.coli and salmonella), medical implements, even wound irrigation.

The Roving Blue SWP is a lightweight, portable water purification system that produces purified drinking water from fresh water sources such as ponds, streams and ditches. It represents a significant advancement over microfiltration and UV systems due to its employment of dissolved ozone gas (more powerful than chlorine) for highly effective microbiological control. Advanced filtration + ozone gas is how many water bottling companies produce their bottled water.

In a recent JIFX (Joint Interagency Field Experiments) Event at Camp Roberts, CA, the Roving Blue team ran an experiment designed to prove that a single Roving Blue unit could support squad and platoon size elements for 24 hours. Our results actually exceeded this need by 108 gallons. The conclusion was that, with available fresh surface water, the unit could supply clean drinking water for up to 63 men per day.

Photos and Hi-Def videos of our military interactions are available upon request.